You have no items in your shopping cart.

A Glimpse at National Costumes 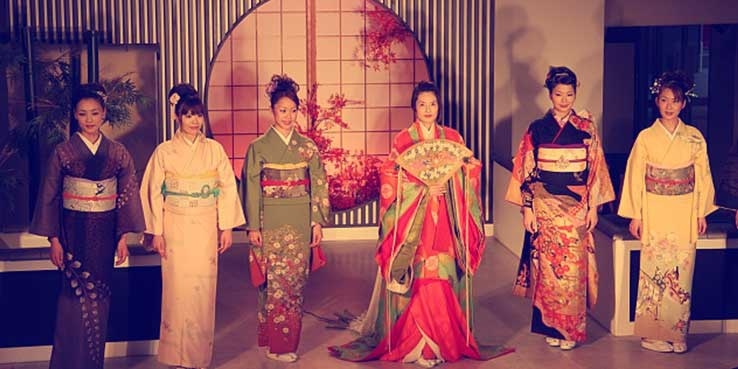 From time to time, it’s nice to travel around other countries and learn more about the customs and traditions of other people.

One of the first things we look forward when traveling is usually the delicious food and rich history one’s country has to offer.  However, on the rare times, we also get to sample and look at their beautiful national costumes!

Let it be known that all countries in the world possess beautiful and artistically woven national costumes.  However, for our tastes, we find these five national costumes the most fascinating (for us!) While there are some resemblances between the Korean Hanbok and Japanese Kimono, one should also notice the differences.  Also note how cute the Korean Hanbok’s hat looks!  Both costumes are so formal-looking, it must have been hard to do functional work while wearing those costumes! Armeniais not really that well known in the Philippines, except perhaps if you are a Kim Kardashian fan you would know that Kim Kardashian is a third-generation Armenian.  Not sure why we find this costume fascinating.  Perhaps it is because it looks so Bohemian yet so traditional at the same time. The first thing that came to mind when I saw this costume was the thought that it looks like it got its inspiration from peacocks.  Just as peacocks attract others by showing their beautiful feathers; it seems the Panamanian national costume attracts its viewers by stretching out their dress with its fancy patterns.  Good jobPanama!

1) The Egungun from Nigeria Aside from the beautiful pattern and color motif shown by this costume ofNigeria, it is also unique in the sense that it also has a mask as part of the ensemble.  An Egungun costume is composed of multiple layers of cloth lappets made from expensive and prestigious textiles, expressing the wealth and status of a family as well as the power of the ancestor.

Page:
Make sure you enter the (*) required information where indicated. HTML code is not allowed.
Blog Categories
Compare Products

You have no items to compare.

Welcome to Lemon Cotton, the latest destination for Asian fashion. Providing an Asian lens on global trends, we source the best looking clothes for you to enjoy.

Customers of Lemon Cotton appreciate the service-orientated attitude and the unique shopping experience, with Lemon Cotton offering the highest quality and very latest in all things fashion - from trends to exclusive offers.